READOUT: Export-Import Bank of the United States Meets with Australian Delegation Led by Minister for Trade and Tourism

WASHINGTON – Export-Import Bank of the United States (EXIM) Board Member Owen Herrnstadt and senior staff met today with a delegation of government officials led by Australia’s new Minister for Trade and Tourism and Special Minister of State Don Farrell to continue discussions between Australia and EXIM. 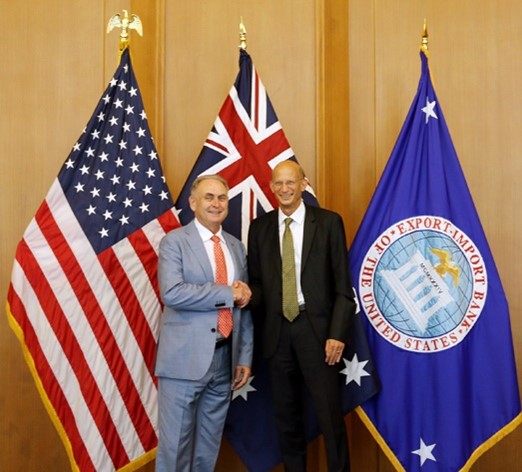 During the meeting, both parties underscored the deep friendship between the United States and Australia and committed to working together to deepen commercial partnership opportunities across the Indo-Pacific, especially as they relate to priorities like the Indo-Pacific Economic Framework and the Partnership for Global Infrastructure and Investment.