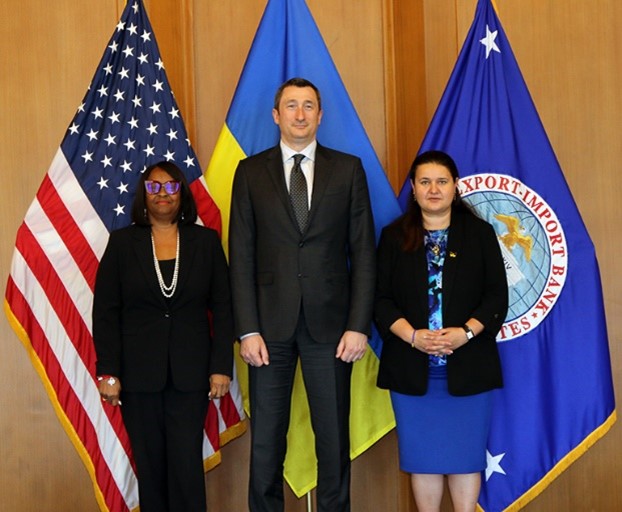 Having signed a $3 billion MOU together last August, Chair Lewis reemphasized EXIM’s commitment and support for the people of Ukraine in the immediate and long-term. She highlighted ways that EXIM financing and American private sector partners can be a cornerstone in the country’s efforts to fortify key sectors of their economy.

“EXIM and the U.S. government continue to stand shoulder to shoulder with the Ukrainian government as they defend their nation against Russia’s illegal invasion,” said Chair Lewis. “Russia’s actions will not deter EXIM from financing projects in Ukraine, and I echo President Biden’s sentiments when I say that EXIM stands ready to be part of Ukraine’s efforts to rebuild. We will work to provide sustainable financing solutions that strengthen Ukraine’s infrastructure and prosperity.”

Chair Lewis and Minister Chernyshov pledged to work together to identify projects in key sectors where U.S. exporters can be suppliers and EXIM financing may be needed.