Washington, D.C. - President and Chairman of the Export-Import Bank of the United States (EXIM) Kimberly A. Reed met today with Heads of Mission, including seven ambassadors and four country deputies, from the Association of Southeast Asian Nations (ASEAN). The meeting was hosted by the U.S. Trade and Development Agency's (USTDA) Acting Director Thomas R. Hardy at USTDA's headquarters to discuss ways to further the export of U.S. goods and services to the Indo-Pacific region.

Participating in the meeting were:

The ASEAN members underscored the need for $110 billion US for infrastructure development.

In November, Chairman Reed participated in the Indo-Pacific Business Forum and the East Asia Summit in Bangkok, where she met with government and private-sector lenders to emphasize how EXIM can help facilitate trade and investment in the Indo-Pacific region while creating American jobs at home. More than 1,000 businesses and government leaders convened at the event to highlight U.S. economic engagement in the region. 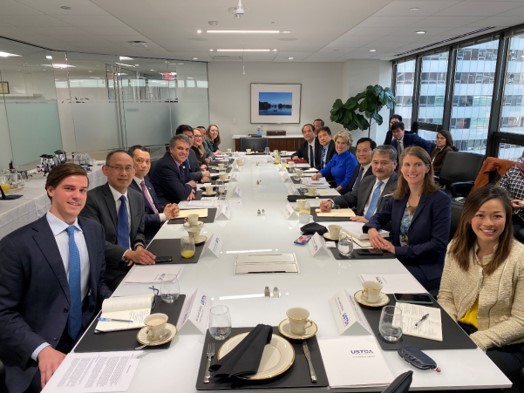 EXIM is an independent federal agency that promotes and supports American jobs by providing competitive and necessary export credit to overseas purchasers of U.S. goods and services. A robust EXIM can level the global playing field for U.S. exporters when they compete against foreign companies that receive support from their governments. EXIM also contributes to U.S. economic growth by helping to create and sustain hundreds of thousands of jobs in exporting businesses and their supply chains across the United States. In recent years, approximately 90 percent of the total number of the agency's authorizations has directly supported small businesses. Since 1992, EXIM has generated more than $9 billion for the U.S. Treasury for repayment of U.S. debt.