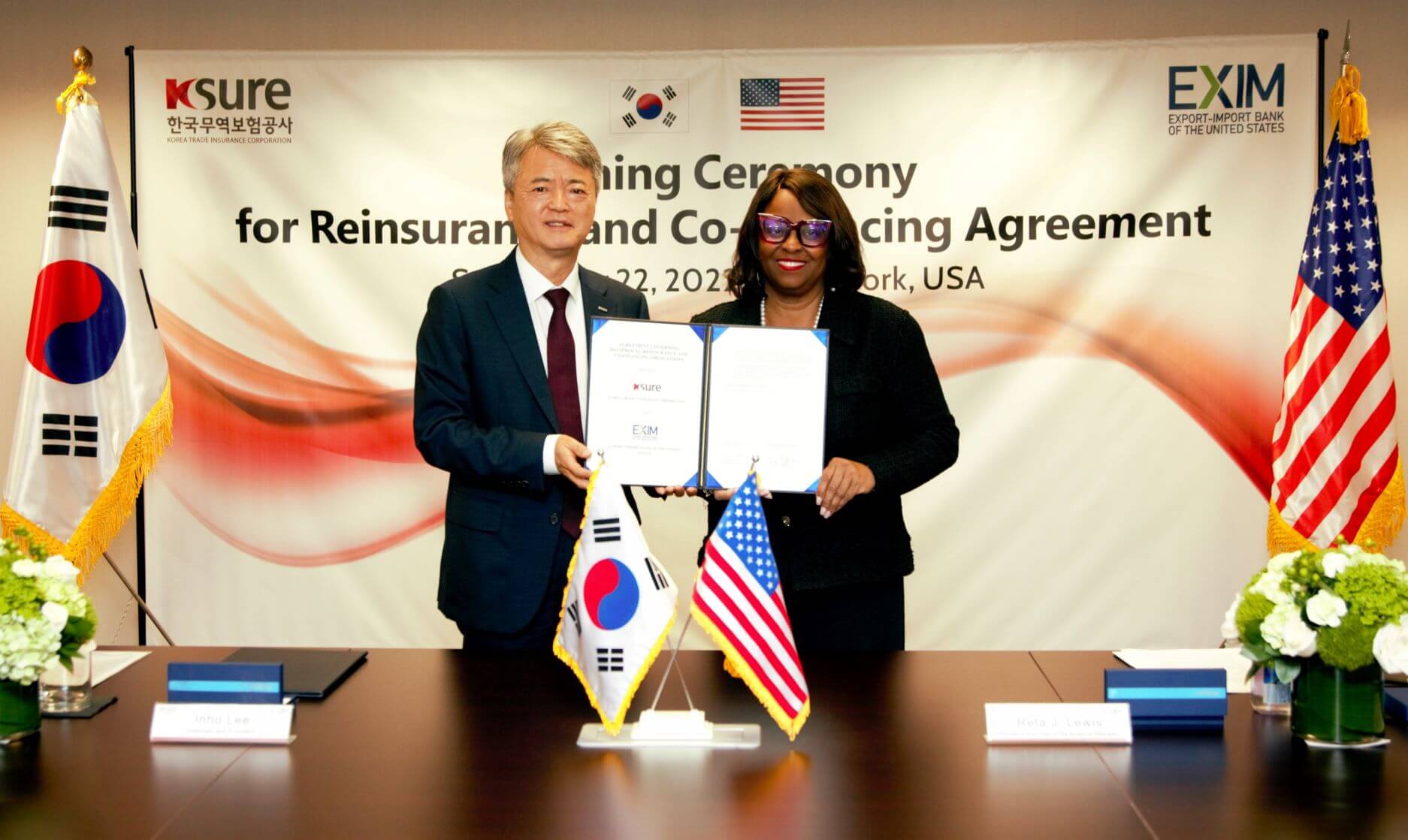 “I am thrilled to sign this agreement with K-SURE during the United Nations General Assembly,” said Chair Lewis. “This agreement will open new exporting opportunities for U.S. and Korean companies, enhancing the competitiveness of both of our agencies. The time is now to create the collaborations and finance the projects that will help the economies of likeminded nations emerge from the recent global crises stronger, more resilient, and more prosperous.”

The signing took place at the Consulate General of the Republic of Korea Building in New York City with Chair Lewis and K-SURE President and Chair Mr. Inho Lee.

Under the agreement, EXIM and K-SURE have committed to expanding the scope of financing for bilateral projects, specifically around critical minerals projects, which are central to global infrastructure development and the energy transition.

In addition to the focus on critical minerals support, the agreement outlines the ways EXIM and K-SURE will cooperate in areas of common interest, including climate-friendly projects, sub-Saharan Africa, transformational exports, and global supply chains.