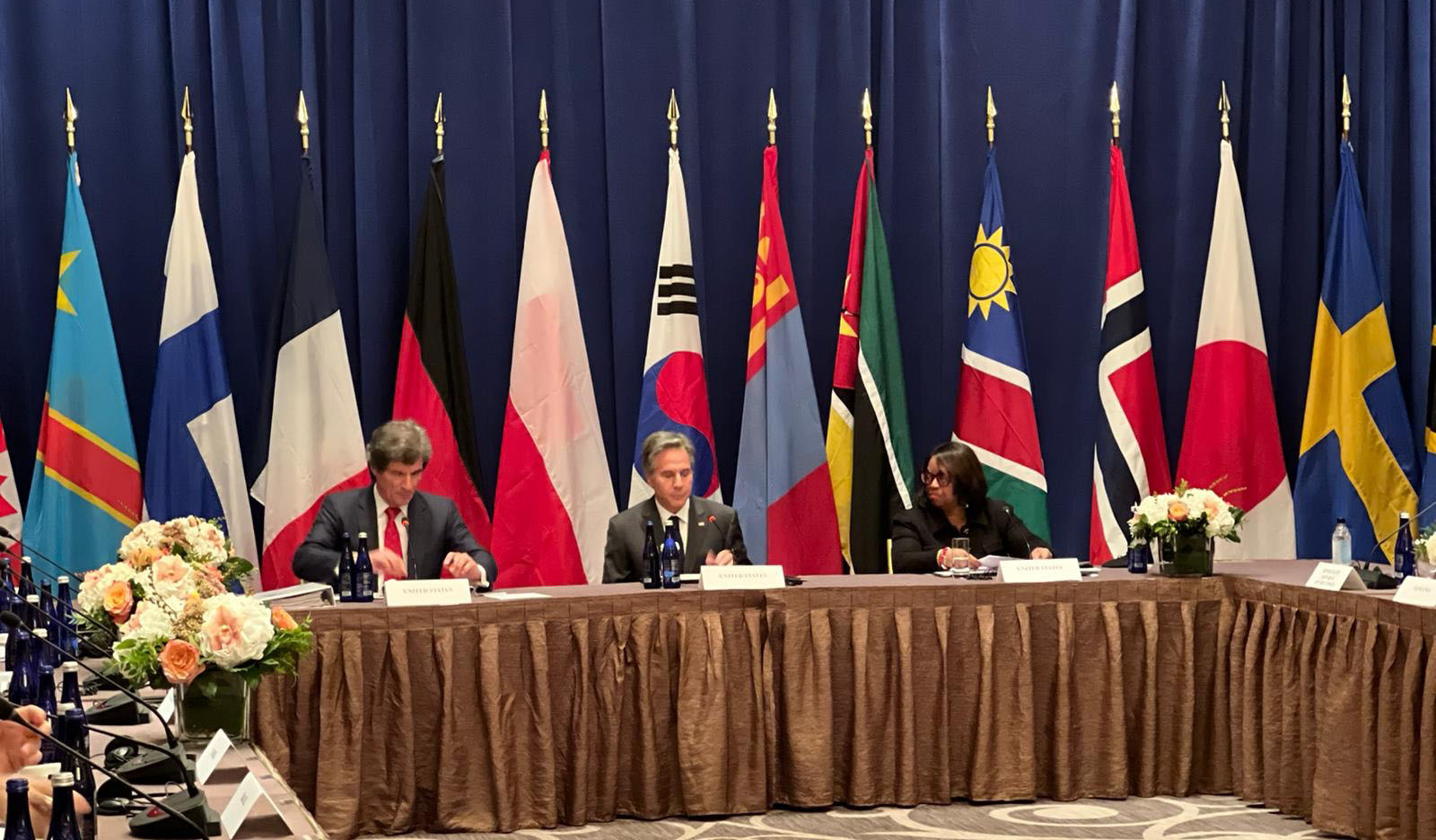 Launched by the U.S. Department of State in June, the MSP seeks to bolster the security, diversity, and resiliency for supply chains of critical minerals, which are essential in driving the clean energy transition. As demand for critical minerals grows in the coming years, the MSP will help catalyze investment from governments and the private sector for strategic opportunities — across the full value chain — that adhere to the highest environmental, social and governance standards.

“EXIM is grateful to our colleagues at the State Department for convening this important discussion and excited about new opportunities for U.S. exporters to strengthen our critical minerals supply chains,” said Chair Lewis. “Now is the time to create these key partnerships with likeminded nations so that together we build stronger, more resilient and more diverse ecosystems for the minerals that will help us tackle the climate crisis,” said Chair Lewis.

Thursday’s events capped a week of engagements with U.S. exporters, lenders, foreign buyers and key stakeholders from around the world.

Earlier in the week, Chair Lewis delivered keynote remarks at the 2022 Concordia Annual Summit. During her remarks, Chair Lewis outlined EXIM’s efforts to strengthen America’s economic security through innovative public financing. She highlighted several EXIM programs and initiatives that are shaping a new future for America’s exports, including the Make More in America Initiative and the China and Transformational Exports Program. Chair Lewis also participated in a roundtable discussion led by the World Economic Forum. The meeting focused on leverage trade in climate-friendly industries to accelerate the global pathway to net-zero.

On Tuesday, Chair Lewis returned to the Concordia Annual Summit for roundtable discussions regarding strengthening partnerships across the public and private sectors and investing with high standards for environmental sustainability, good governance, and respect for human rights. She also delivered keynote remarks at an event titled, “Investing in African Health Security,” hosted by Foreign Policy magazine. Chair Lewis reaffirmed EXIM’s commitment to expanding U.S. export support throughout sub-Saharan Africa, and she highlighted the key role that President Biden’s Partnership for Global Infrastructure and Investment will play in opening a new era for partnership with African nations.

In addition to her engagements with KSURE and the State Department, Chair Lewis spoke at the Nigerian International Economic Partnership Forum on Thursday. Her remarks stressed the important role that EXIM can play for projects, especially in clean energy. She also highlighted EXIM’s new incoming Sub-Saharan Africa Advisory Committee.

The Export-Import Bank of the United States (EXIM) is the nation’s official export credit agency with the mission of supporting American jobs by facilitating U.S. exports.  To advance American competitiveness and assist U.S. businesses as they compete for global sales, EXIM offers financing including export credit insurance, working capital guarantees, loan guarantees, and direct loans.  As an independent federal agency, EXIM contributes to U.S. economic growth by supporting tens of thousands of jobs in exporting businesses and their supply chains across the United States.  Since 1992, EXIM has generated more than $9 billion for the U.S. Treasury for repayment of U.S. debt. Learn more at www.exim.gov.