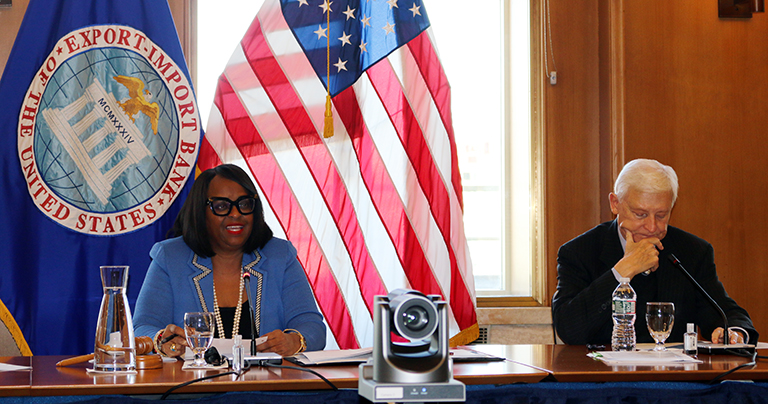 The Board approved an increase in Delegated Authority for East West Bank, taking the bank from a “Level 5” to a “Level 6.” With its new status, East West Bank can approve an aggregate total of up to $150 million in loans, allowing it to further capitalize on trade finance business opportunities throughout its U.S. market. This increase, which is EXIM’s highest Delegated Authority level, allows EXIM to extend its support of U.S. exporters.

“East West Bank has been and continues to be a champion for the small business export community,” said EXIM President and Chair Reta Jo Lewis. “Their entire EXIM working capital portfolio is comprised of small businesses, further demonstrating their commitment to supporting U.S. exporters. I am proud that EXIM continues to partner with lenders such as East West Bank, who have established a shared dedication to ensuring and advancing the growth of U.S. jobs.”

The Export-Import Bank of the United States (EXIM) is the nation’s official export credit agency with the mission of supporting American jobs by facilitating U.S. exports. To advance American competitiveness and assist U.S. businesses as they compete for global sales, EXIM offers financing including export credit insurance, working capital guarantees, loan guarantees, and direct loans. As an independent federal agency, EXIM contributes to U.S. economic growth by supporting tens of thousands of jobs in exporting businesses and their supply chains across the United States. Since 1992, EXIM has generated more than $9 billion for the U.S. Treasury for repayment of overall U.S. debt. Learn more at www.exim.gov.