JAKARTA - Export-Import Bank of the United States (EXIM) President and Chairman Kimberly A. Reed today concluded economic discussions in Jakarta, Indonesia as part of a U.S. delegation visit to three countries in the Indo-Pacific region.

During the visit, Chairman Reed met with the Republic of Indonesia Coordinating Minister for Maritime and Investment Affairs Luhut B. Pandjaitan, where the two indicated their mutual support for a $750 million Memorandum of Understanding (MOU) between EXIM and the Republic of Indonesia in order to promote investment in Indonesia and enhance the strong alliance and trading relationship between the two countries, with a particular focus on key industries such as infrastructure, railway and road transportation, energy, communications technology, broadcasting, and healthcare. She also spoke with Minister of Communications and Informatics Johnny Plate and Minister of State-Owned Enterprises Erick Thohir, as well as Minister of National Development Planning (BAPPENAS) Suharto Monoarfa by phone.

"Indonesia is the largest economy in Southeast Asia, and an important economic partner for the United States in the Indo-Pacific region," said Chairman Reed. "EXIM is committed to increasing economic engagement in Southeast Asia, supporting jobs in the United States and strengthening the economies of the United States and Indonesia. The $750 million Memorandum of Understanding that will be signed in the near future indicates EXIM's intent to work with the Republic of Indonesia to promote investment and business development opportunities in key transformational industries, leading to potential benefits for U.S. and Indonesian workers and businesses." 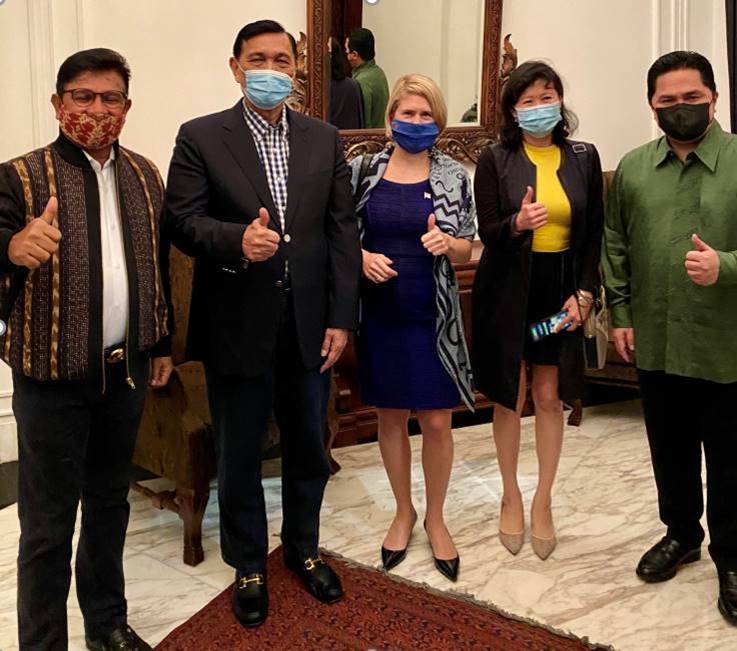 During the visit, the U.S. delegation also participated in an Entrepreneurship Roundtable with the Indonesian Chamber of Commerce and Industry (KADIN) focusing on areas of economic opportunity, and meetings with the Bank of Indonesia, Indonesian ICT Society, Ministries of Communications and Informatics, Finance, BAPPENAS, and private sector.

The U.S. delegation next will visit Hanoi, Vietnam, followed by Naypyitaw, Myanmar, as part of their continued economic and trade engagement in the region.