"It was an honor to meet with President Vucic of Serbia and Prime Minister Hoti of Kosovo as part of their White House discussions that culminated in President Trump's announcement that Serbia and Kosovo have each committed to economic normalization. I extend my deepest congratulations to all on this historic breakthrough agreement. The Export-Import Bank of the United States, within the scope of its mandate, is committed to enhancing economic cooperation and supporting economic growth, job creation, and prosperity with Serbia and Kosovo." 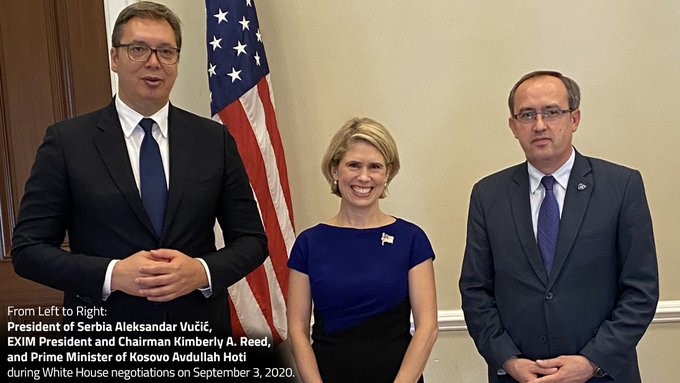