WASHINGTON - Export-Import Bank of the United States (EXIM) President and Chairman Kimberly A. Reed yesterday participated in an Executive Roundtable with His Excellency Prime Minister Mustafa al-Kadhimi of the Republic of Iraq and a bilateral meeting with the Republic of Iraq Minister of Finance Dr. Ali Allawi.

During the roundtable discussion, which was hosted by the U.S. Chamber of Commerce's U.S.-Iraq Business Council and featured remarks by U.S. Secretary of Energy Dan Brouillette and U.S. International Development Finance Corporation CEO Adam Boehler, Chairman Reed underscored EXIM's commitment to U.S. exports to the Republic of Iraq, as well as fulfilling a $5 billion Memorandum of Understanding signed between EXIM and the Republic of Iraq Ministry of Finance on October 16, 2019.

During their bilateral meeting, Chairman Reed and Minister Allawi discussed the August 14, 2020, approval by EXIM's Board of Directors to notify Congress of a proposal to authorize $450 million of insurance coverage on letters of credit issued by the Trade Bank of Iraq (TBI) for the purchase of agricultural commodities, including wheat and rice, and engineering services, which if approved, is estimated to support 1,700 U.S. jobs. 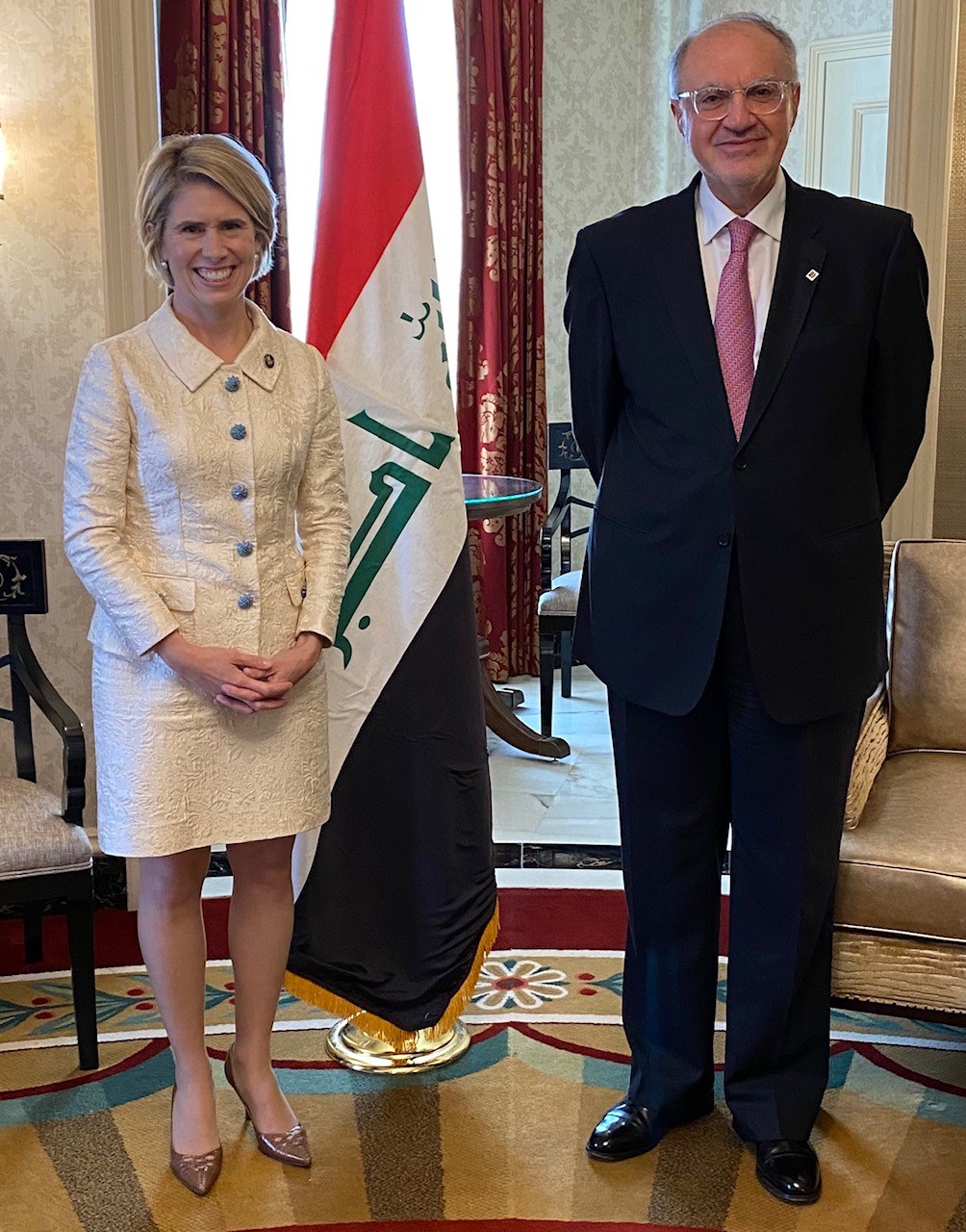 Chairman Reed also took part in two signing ceremonies. She joined the signing of a Memorandum of Understanding between the Republic of Iraq Ministry of Oil and Honeywell UOP for the export of U.S. gas-processing equipment and related goods and services to the Republic of Iraq. The EXIM Board of Directors on July 31, 2019, approved a preliminary commitment indicating potential EXIM financing for the exports, which ultimately could support an estimated 1,400 American jobs in Oklahoma and Illinois. It is expected to lessen Iraq's dependence upon gas imports from Iran.

"The Artawi project represents a significant investment by the people of Iraq and will generate long-term environmental, social and economic benefits," said John Gugel, president of Honeywell UOP. "Projects of this scale and complexity require financial strategies that few institutions are capable of providing. Honeywell appreciates the support and partnership from the Ex-Im Bank, which helped make this project possible."

Chairman Reed then joined a separate Memorandum of Understanding signing between the Republic of Iraq Ministry of Electricity and Stellar Energy Americas Inc. regarding the export of U.S. power-related goods and services to Iraq. The exports will assist in retrofitting a fleet of gas turbines with more energy-efficient technology in existing Iraqi power plants and alleviate the need to build additional power plants. The EXIM Board of Directors approved on November 19, 2019, a preliminary commitment indicating potential EXIM financing for the exports, which ultimately could support an estimated 1,800 American jobs in Florida, Georgia, Minnesota, Texas, Virginia, and Wisconsin.

"It was an honor to join Iraqi Prime Minister al-Kadhimi and Finance Minister Allawi, as well as executives from leading American companies, to underscore EXIM's commitment to our U.S.-Iraq partnership," said EXIM Chairman Kimberly Reed.

"EXIM's support has been paramount to solidifying a partnership between Stellar Energy, a U.S. business based in Florida, and the Iraqi government," said Stellar Energy Americas Executive Chairman Peter Gibson. "EXIM's invaluable and consistent support of Stellar Energy highlights the importance of the Bank's mandate from the current administration to assist U.S. exporters helping to level the playing field for small businesses competing against China and Europe."

EXIM Chief of Staff David Fogel also participated in the High Coordinating Committee of the U.S.-Iraq Strategic Dialogue, hosted by the U.S. Department of State, highlighting how EXIM financing can support the export of U.S. goods and services to Iraq.