WARSAW, Poland - Export-Import Bank of the United States (EXIM) President and Chairman Kimberly A. Reed Saturday concluded a three-day visit to Poland focused on strengthening the U.S.-Polish relationship through the export of U.S. goods and services, including in the nuclear, clean, and renewable energy; wireless communication (5G); transportation; and infrastructure sectors. Chairman Reed also signed memorandums of understanding with Poland's Bank Gospodarstwa Krjowego (BGK) and the Ministry of Climate and Environment. 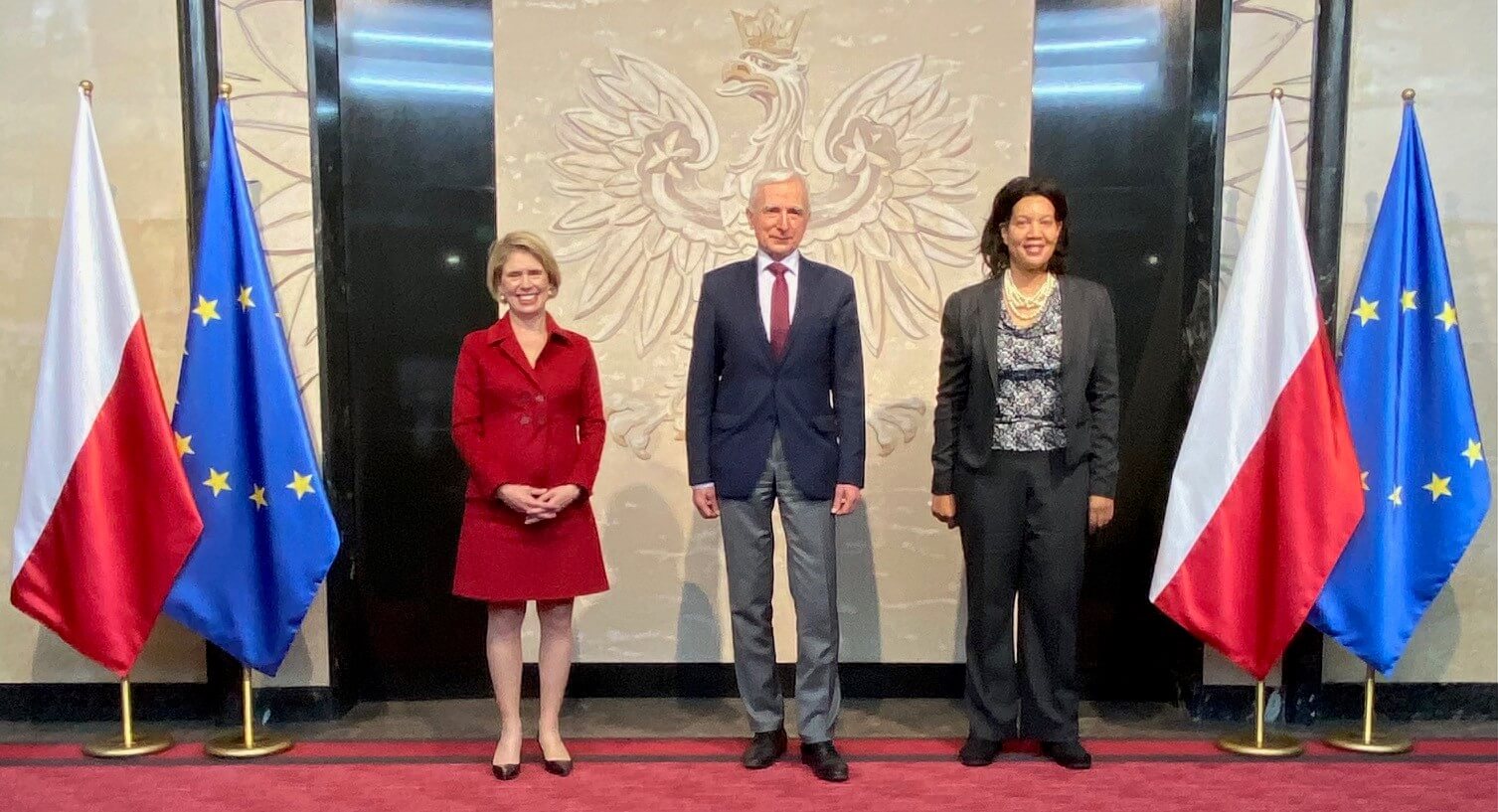 During her visit, Chairman Reed, on behalf of EXIM, signed a Memorandum of Understanding (MOU) with BGK, Poland's official export credit provider and official state development bank, to promote economic cooperation between the two agencies. The MOU was signed by Chairman Reed; Beata Daszynska-Muzyczka, President of the BGK Management Board; and Pawel Nierada, First Vice President of the BGK Management Board at BGK's headquarters in Warsaw.

Chairman Reed also signed a MOU with the Ministry of Climate and Environment (MCE) to promote energy investment in Poland and enhance the strong alliance and trading relationship between the United States and Poland. The MOU was signed by Chairman Reed and Poland's Minister of Climate and Environment Michal Kurtyka at a Friday evening ceremony at the Ministry in Warsaw. 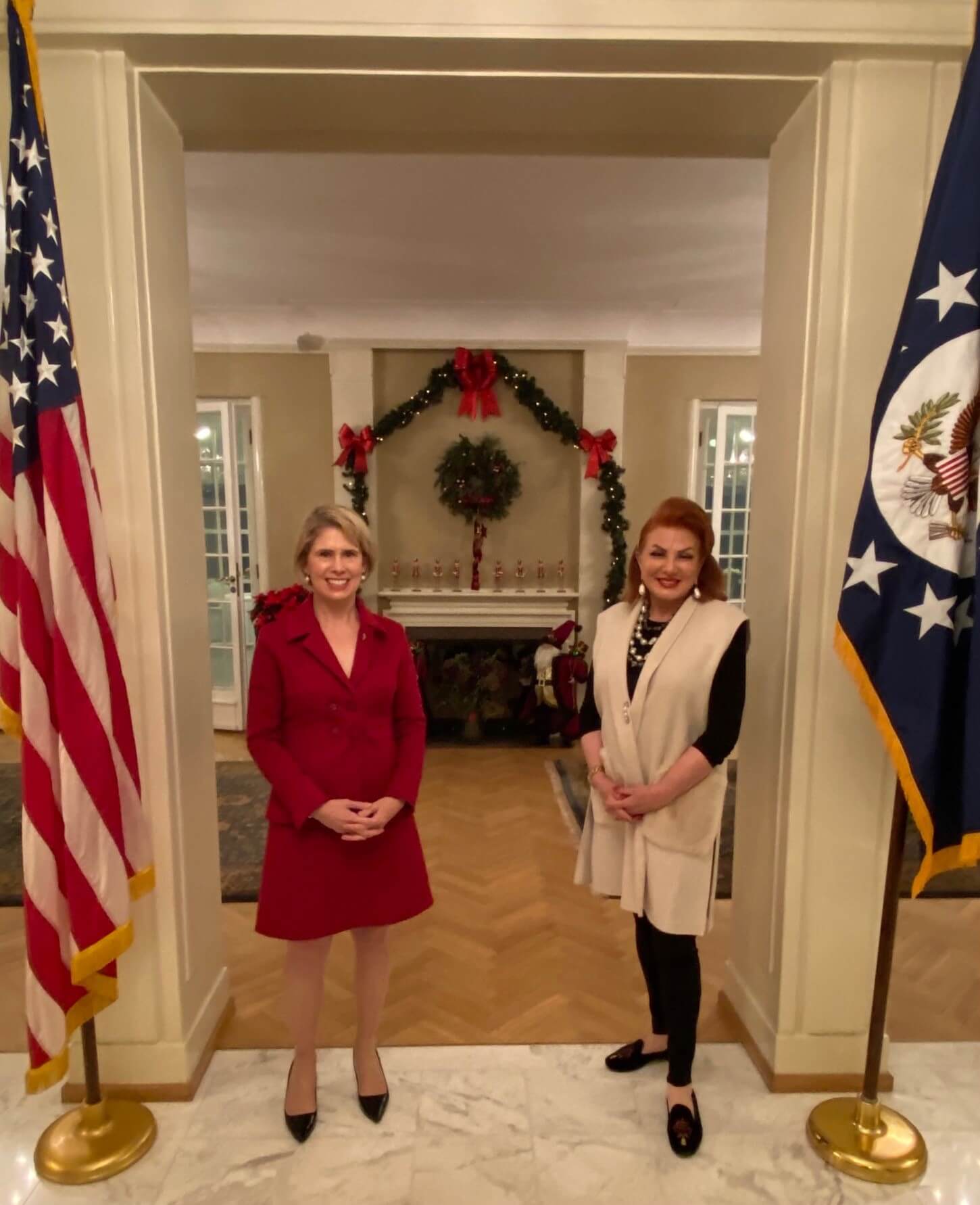 Chairman Reed and U.S. Ambassador to Poland Georgette Mosbacher at the Ambassador's Residence in Warsaw.

"These Memorandums of Understanding show the United States' and Poland's commitment to enhancing economic cooperation in sectors important to both our nations' economic and national security and stability. They will help further critical programs like the Three Seas Initiative and EXIM's Program on China and Transformational Exports, and can have a transformative effect for both countries' economies," said Chairman Reed. "It was a very productive visit, and I also would like to thank U.S. Ambassador to Poland Georgette Mosbacher for her leadership in ensuring EXIM's role in supporting U.S. exports to Poland, especially in the nuclear energy sector, and with strategic efforts like the Three Seas Initiative."

During the visit, Chairman Reed also met with Poland's Secretary of State in the Chancellery of the Prime Minister and Plenipotentiary for Strategic Energy Infrastructure Piotr Naimski, Advisor to President Andrzej Duda Marta Gajecka, Polish Investment and Trade Agency Board Member Grezgorz Slomkowski, Deputy Minister of Foreign Affairs for Economic and Development Cooperation Pawel Jablonski, Exatel President Nicodemus Boncza-Tomaszewski, and private sector business executives, where she discussed how U.S. exports and economic cooperation between the United States and Poland can strengthen critical industries like energy, infrastructure, space, and telecommunications. In November, Chairman Reed and Minister Naimski participated in a virtual panel discussion about clean energy innovation.

Building on EXIM's historic reauthorization signed into law by President Trump on December 20, 2019, and discussions that took place at the September Summit in Luxembourg, Chairman Reed and U.S. Ambassador to Poland Georgette Mosbacher focused on EXIM's commitment to supporting U.S. export of goods and services to Poland and efforts like the Three Seas Initiative. The Three Seas Initiative aims to boost economic prosperity through north-south connectivity of 12 countries between the Baltic, Adriatic, and Black Seas, including by expanding energy, digital, and transportation infrastructure to improve economic security for generations to come. Click here to watch Chairman Reed and Ambassador Mosbacher in a short video clip focused on U.S. nuclear energy exports.