WASHINGTON - The Export-Import Bank of the United States (EXIM) President and Chairman Kimberly A. Reed today signed a memorandum of understanding (MOU) with Romania's, Ministry of Economy, Energy, and Business Climate, aimed at enhancing trade and economic opportunities between the two countries.

Under the MOU, EXIM and Romania agree to explore and identify options to potentially use EXIM financing in a total aggregate amount of up to $7 billion, and to identify areas to work together to promote business development opportunities, particularly in the energy and infrastructure industries.

"This agreement confirms our desire to identify potential projects in Romania for which products and services of American origin or manufacture will be procured," said Chairman Reed. "We recognize each other's interests and we acknowledge that increased cooperation serves our common objectives. We intend to work together to promote business development opportunities in the fields of energy and infrastructure, and I look forward to an even more fruitful friendship between America and Romania as the Romanian people gain greater access to more high-quality 'Made in the USA' goods and services."

"The leadership of President Trump and Ambassador Zuckerman in strengthening the relationship between our two countries and peoples has made today's milestone possible," Chairman Reed added. "I also want to congratulate U.S. Department of Energy Secretary Dan Brouillette and His Excellency Minister Popescu on initializing their draft Intergovernmental Agreement earlier today."

"Apart from the initialed agreement, we also managed to identify the US interest for a $ 7 billion funding component for the development of energy projects - including nuclear and liquefied natural gas and infrastructure projects - road, rail, bunkering stations, through a Memorandum of Understanding with Export Import Bank of the United States. Also, in Washington DC, we had a meeting with representatives of USDFC (The United States International Development Finance Corporation) in order to expand this financial interest by involving various US financial institutions. I want to thank all those who were involved in making this agreement and the memorandum a reality. They started from the joint statement of the Presidents of the two partner countries, Mr. Klaus Iohannis and Mr. Donald Trump, on August 20, 2019, and for the effective start of this cooperation we thank the Prime Minister of Romania, Mr. Ludovic Orban and the US Ambassador to Romania, His Excellency Adrian Zuckerman and the team of the Secretary for Energy," said Virgil Popescu, Minister of Economy, Energy and Business Environment. 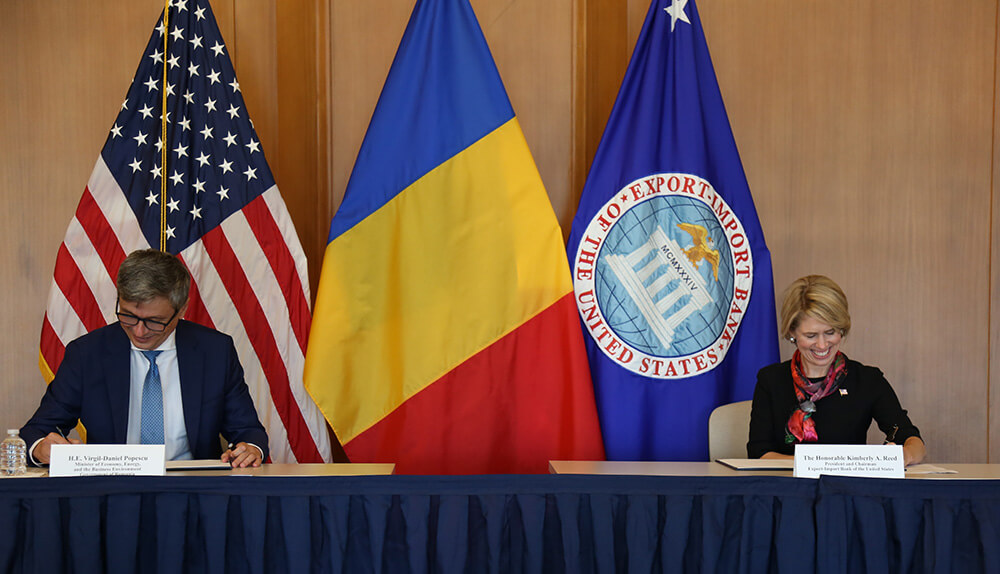