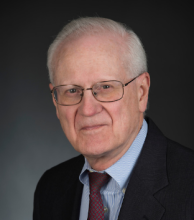 On January 20, 2021, President Joseph R. Biden, Jr. authorized James Cruse to serve in an acting capacity as EXIM First Vice President and Vice Chair of the Board of Directors.

Cruse has spent the bulk of his 50-year career at EXIM helping the boards of directors evolve the Bank's strategic mission of supporting U.S. exports and jobs, and design the programs, policies, and international negotiating approaches to fulfill that mission. The Office of Policy Analysis and International Relations addresses these responsibilities through its two divisions - Policy Analysis and Planning and International Relations.

Cruse joined EXIM in 1970 as a country economist and moved to the policy side when then-Chairman William Casey created the policy unit in 1975. He was named to his current post in the 2002 Bank-wide reorganization. Since joining EXIM, Cruse has had a variety of assignments and contributed to many of the policy and program developments which lie at the core of today's EXIM. These include:

Are you ready to begin your export journey? REQUEST CONSULTATION